I thought I would do some predictions, and do them before we hit the track tomorrow! Because, well, why not? I will try to predict the top 5, as well as group drivers where I think they will end up. Let’s see. 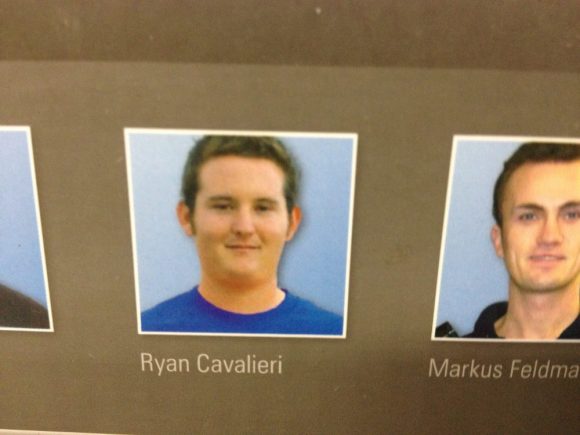 I think “Pudge” is looking good for the win this year, and most of the time he has “Pudge Luck” on his side too. This is his home track, both his cars are working great, and he seems confident. He is a very consistent and good racer in mains, and this race, well it’s all mains! 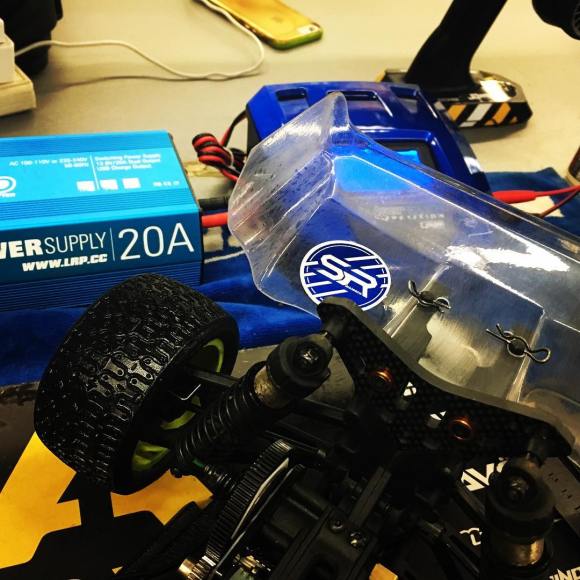 Spencer is hot on Chavalieri’s heels. He could win, but I just picked cool calm and collected over the World Champ. There’s no room for mistakes, and I think Spencer will make the critical ones. 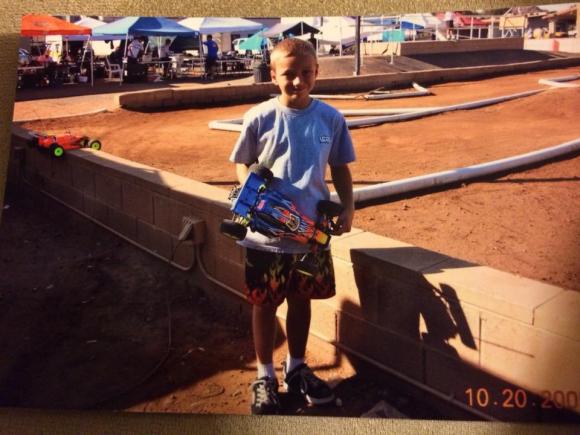 Phend just won everything at some other electric race, so he is obviously fast, but I don’t put him quite on the same pace as Cavalieri and Rivkin. Last year he did win, but I think this year 3rd is where he will finish!

Maifield is obviously one hell of a driver. When he switched to TLR, he immediately won the Reedy Race. He was on a mission. I feel like this time it won’t be so easy. Two reasons: 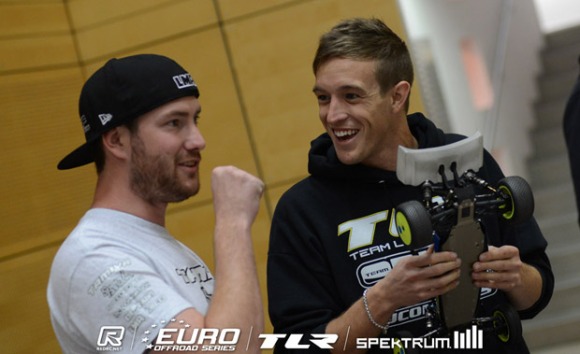 Caption contest! Write a caption, and win nothing!

This was a hard one, Tebo or Evans? I think it will be between them. I think Dustin Evans will get it, because he has what I believe to be better cars, and he is motivated now that he just switched. Unlike Maifield, going to AE from TLR, I don’t think that requires much getting used to! Tebo, he is fast, and he will win races, but I think his bad races will be worse.

So that would leave Tebo 6th, and then we have an interesting bunch of drivers. I wouldn’t be surprised if any of these following drivers were to finish 3rd to 6th: Lee Martin, Kyle McBride, Ty Tessmann. I think Lee is too nice and too smooth to win Reedy. To do well here you need to be aggressive and a bit mad, and Lee is quite level headed on the track. Kyle is more of a nitro driver in my opinion, this is just 5 minutes, he is just getting warmed up. As for Ty, I think he has all the right ingredients, but I think the way he sets his cars up might cause some issues in this format of racing. At this race there’s a lot of rubbing and close racing, and reacting to other cars, and I think that won’t play into the strength of Ty’s setup, where the best results are obtained when he can get in a groove and flow around the track.

As for everyone else, who the hell knows? I think standouts could be last years winners Joona Haatanen and Alex K, as well as Jake Mayo, Cole Tollard, and Carson Wernimont. As for the rest, let’s just say they will be 15th-30th!

Personally my goal is to have 10 good races that count, and if I have everything go my way, I think I could possible finish 10th-15th. That’s if all stars align. If I can finish 15th or better I will be happy, as long as somewhere in there I win one race. That would be quite an achievement at this race.

As for who will be last, if the racing is good, it will be Brian Kinwald, because he will pull off and watch!