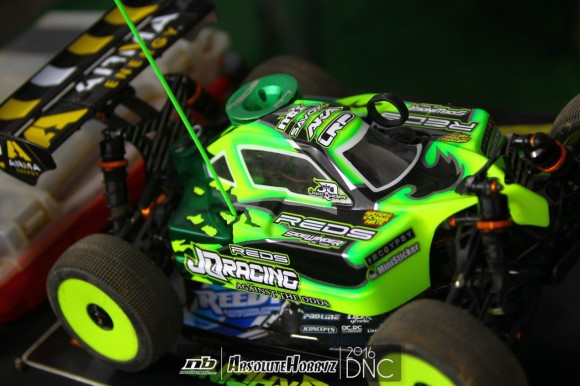 As has already been determined, I don’t have much talent for driving, if any, and limited skill. And skill is what I need to build up over the next few years. If you don’t know the difference, read about it here. Now that the season has began, with Nitro Challenge and Silver State, and a few smaller series races it’s time to look into where I am now, and what I need to do to improve.

At Nitro Challenge I was in the B main in both electric and nitro buggy. In electric my batteries dumped, but even so, I was not going to bump up. I was maybe in 5th. In nitro I actually had a very good chance of bumping up but ran out of fuel half way. At Silver State I was again in the B main in both, bumped in electric and was in contention for about half the race in nitro, then had some issues and dropped back. In Europe it’s the same. Semi final and sometimes in the main sometimes not. So any given race, I tend to be 7th – 20th most of the time.

I tend to be about 1 second a lap off the pace. If we imagine that I loose time in every corner, because that tends to be where time is lost, it works out to be less than 0.1seconds per corner. That’s not a lot. But most of the time it is certain sections where I lose the time, not every corner.

What the hell am I doing…

Why are some drivers faster?

There are three main ways I lose time, 1. I don’t hit my lines right, go too wide etc, but more importantly, 2. I go too slow in control using the right line, or 3. I go too fast and end up scrubbing too much speed in order to do the right line, turn the wheel too much scrubbing speed, get out of control accelerating out, losing time etc.

The thing that the best drivers do so well is they drive as fast as possible without going over the limit that the car or tyres can handle, they maintain their speed in corners, and don’t slow down too much unnecessarily. They don’t go into the corners too fast upsetting the car, sliding the rear in a way that slows the car down, braking too hard too late, unsettling the car, or turning the wheels too much slowing the car down. They are able to find the limit of traction and handling and stay just within that limit, and when they notice they have pushed too hard, they correct with throttle and steering input before speed is lost.

The best drivers control the car a lot with the throttle and don’t roll around very much, mostly the car is on throttle or on the brakes.

How do I improve?

Setup helps a lot, don’t get me wrong, but I am sure that the White Edition LV is now good enough that if one of the top drivers raced it, they could win. I already know that a top driver who is about 1 second a lap faster than me can take my car and go 1 second faster, because I have let some drivers run my car. So yes working on setup helps, but if I want to win, right now what I need to do is work on my driving. That’s actually what everyone needs to do if they want to win. I think that sometimes people think a car should drive itself, and they forget that the best drivers don’t necessarily always have the best cars.

What I want to do is practice increasing my corner speed, and focus on entering corners slower and more in control, and in turn driving faster through them. I need to do lap times, and 5 minute timed runs, and not change the car, but change my driving, and really think about the way I am driving and what I am doing. I will write about that in the future. All I know is it’s not going to be easy. One mistake that I have noticed that I do is I brake too late, and too hard, which makes me mess up the corner entry, and my speed in the corner. Most of the time when I “slow down” I go faster. I need to slow down and prepare for the corner earlier, and work on increasing my speed mid corner and out of it. That is just step one. There is a lot more to it.