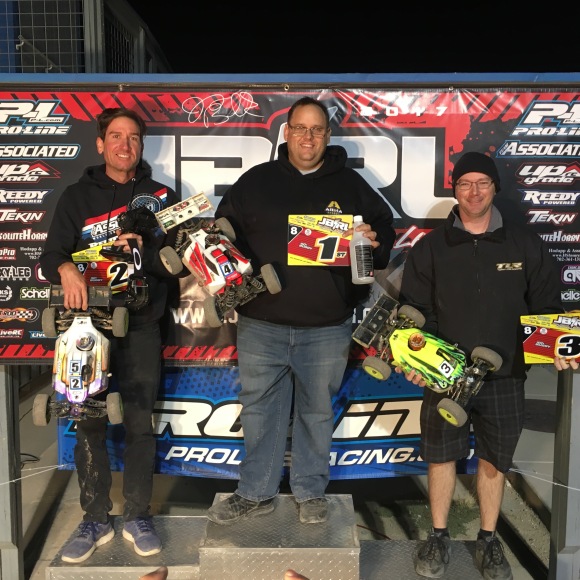 EZ up hoodie delivery was late.

Las Vegas, the scene of the final JBRL event. Tensions were high, you could sense it in the air as we pulled up in the JQRacing Motorhome. The superb RC Tracks of Las Vegas facility was prepared and ready to accept the 107 racers that arrived to do battle. This was going to be the day that “The King”, Richard “pit this lap” Saxton and Greg “not the worst WC any longer” Degani would face off one last time in the 40+ class, before the much deserved off season.

In less important news the experts, rookies, pros, left handed warriors, republicans, democrats, truggy retards, novices, amateurs and the sportsmen would do battle with various equipment to determine the winners in all these various classes. In America everyone is a winner!

Anyway, my flight is boarding, so let’s make this quick. Let’s get to the point. The 40+ main. Only 15 minutes before Degani jumped the start of the 40+ main, The King Saxton had completely dominated, dare I say obliterated Adam “the most overrated driver” Drake in the expert class main. It was an amazing race from Saxton, and he was clearly on it. He was looking confident, as he politely asked e-clip to pop-off, and made mention of the fact that Team Mugen had an opening.

Degani was not buying it though. He told me he had Richard covered. He said he has Richard so mentally fucked that he just can’t win. Ever since the 2002 worlds when Richard forgot to pit and ran out of fuel, and Degani sailed away to victory, Richard has had mind pump when racing Degani. Greg said that he just needed to initiate “ORS”. Operation Richard Saxton. You can read more about that here. 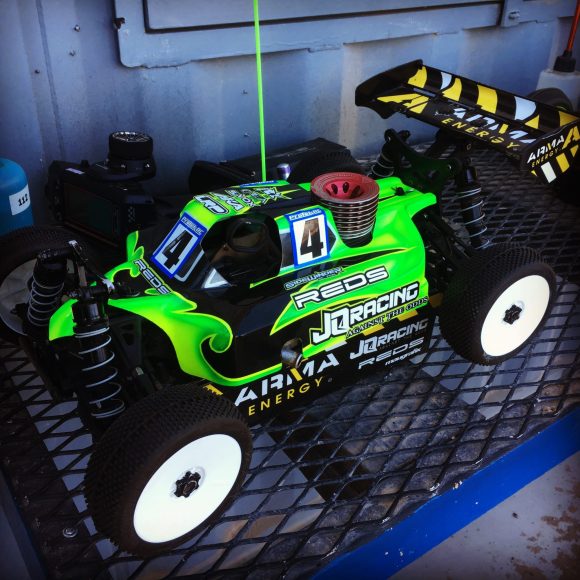 JQ is now officially #2 on the team

That’s EXACTLY what happened. Saxton pulled away a bit at the beginning as Greg made a mistake, but then it was on. It was so obvious. Degani’s tongue was out, and he was on a mission. Concentration was maxed out, and he was punched! He reeled in Saxton, and made an aggressive move. You could see it was going to happen already as the cars were in the air, over the big double. No matter what gap there was going to be in the next corner, Degani was going to be in it, like Senna back in the day. Degani throttle steered his BLACK Edition to the inside of The King and nudged him wide. The 30 000 strong crowd roared with approval. The race was on. Saxton was looking rather miffed. You could tell that sparks were about to fly. A short while later, as the cars headed down the short centre straight before a 180 going into 3 doubles, race craft once again proved entertaining, as Degani was wide, and hesitated before turning in. Saxton shot by on the inside like a North Korean missile, clearly anticipating that Degani would be there. Degani then turned in behind Saxton and regained the lead. By this point everyone was paying attention.

Saxton managed to get by one more time, and at this point it looked like maybe he had it, but no. Degani’s prediction proved to be true. He really had Saxton mind pumped beyond recovery. This was evident as Saxton launched off the track off one of the table tops. Degani sailed through and put the hammer down. This was it, it was time to break The King. After a few stellar laps of the World Champion looking eerily similar to his former self, he had a lead of approximately 10 seconds. It was over. What an epic battle, one that will go down in the RC history books without question.