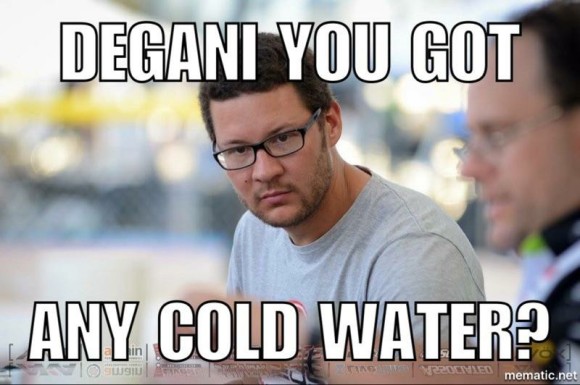 I will start off with a quote from Jeff Bowland, whom I do not know. Basically he wrote everything you really need to know, but I will give you my version too:

“JQ didn’t do anything intentional, it was a borrowed truck and the tank swelled. Degani used ice water to shrink the tank back down….. Go look in half of the coolers in the pits, Drakes included (who got the bump because of the DQ) and you are sure to find a a bottle of fuel in more than one. JQ has a target on his back because he goes against the grain and does/says things his way. We should encourage that, not target it.”

After rather amazingly making the main in Truck, beating many established truck racers, my tank was then found to be 1cc too big. Eventually I was DQ:ed. Let’s begin by establishing a few facts:

For the entire debacle of #tankgate, I was actually sitting in the pits, gluing tyres, and preparing my buggy for my B main, as it was coming up. Degani went to tech to see what was going on. 1st attempt, failed 1cc over, 2nd attempt after a cool down period, failed. Then, for whatever reason a 3rd attempt was offered. Before the 3rd attempt Degani got the fuel bottle to the pits and filled it with ice cold water from the cooler. The cold water would cool down the hot tank making it smaller. Now thinking back, had he in his rush realised to mix in 10% blue sidewinder, no one would have been the wiser, but he didn’t, it was probably 98% water. 2% fuel. The tank is checked for a 3rd time, and low and behold, it passes! Terminator Tech guy called it, it’s a pass. Degani picks up the truck and walks back to the pits, it’s all good. The beaker is still on the table, and Maifield and Tim Long are feeling it, looking at it, tasting it, and figure out its ice water, and they say it’s not legal. So I get called back to tech. The tech guy picks up the truck again to be tested. It never get’s tested and I get DQ:ed. Had Degani emptied the beaker, again I would have been fine.

So what’s wrong with this situation? Everything.

Why was I OK with Degani doing what he did, if I’m so honest and I don’t cheat? Because tech in America is a complete joke. Jason Ashton won the ROAR Nationals, the biggest race in America with a fueltank that was 3-5cc’s over the limit. Why wasn’t he disqualified? Because he was fast and deserved the win, he was a nice guy, he was a local guy, I don’t know, because it was a cool story or because he pitted at 5 minutes? I was OK with what Degani did because there are no written rules at these races and the rules they make up as they go along aren’t enforced fairly or equally. Show me the Silver State rule that states that you have to tech fuel, we are checking for capacity, the liquid doesn’t matter. I have seen 2 minute calls be ignored, and I have seen 2 minute calls turn into, let me change this servo. After you tech your car before a race, not that there is a reason to, but you could actually switch to a completely different car. Same after a race, you could hand tech a different car. No one would know, there is no system. I don’t even know why they bother with tech.

Do you think the ice water idea was just invented? Even your hero Adam Drake mentioned that he had employed the ice fuel trick before. When in Rome, do as the Romans. 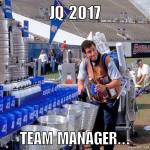