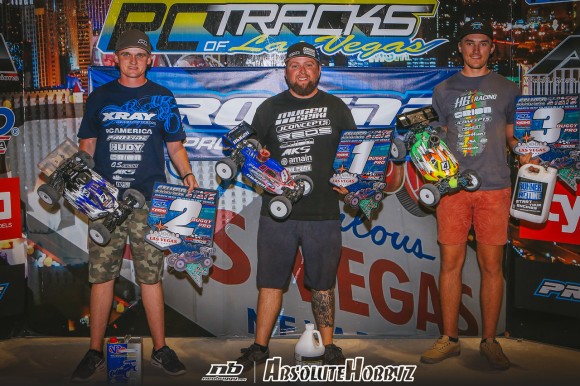 Well I sort of called it. I said Maifield was looking solid as shit, not exactly the most daring prediction, but it just so happens it was the right one.

Truck – Here I have to admit Lutz was a lot better than I expected, mainly because he actually finished the race. Now I was really confident that Maifield had Tessmann covered, but then he flamed out exiting the pits and lost valuable time. At one point after the flame out he had almost caught up to where he was in the “right there” zone behind Tessmann, but just as he was getting in there he crashed. But he was moving. Anyway, what I wasn’t so sure about, was if Maifield had Lutz covered, because he was coming! Even if Maifield had not flamed out, I still think Lutz could have won, because he was just that fast. Once again proving that the Tekno truck is really damn good. To me it looks like basically it’s just built to the max dimensions. Are all the other trucks too (short and) narrow? Truck, what a waste of time. 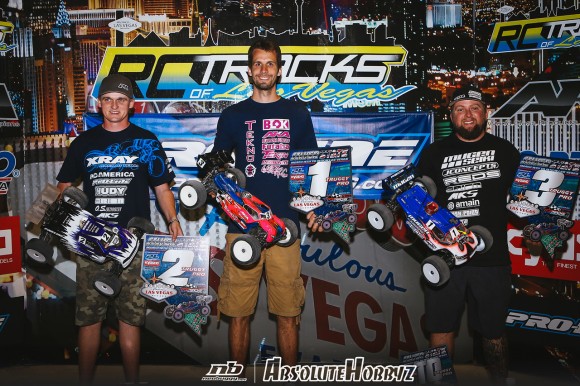 Buggy (Only class that truly matters) – Maifield did win, but I didn’t expect Phend to be so good. I was racing, but judging by how they lapped me 🙂 I think Phend had that thing wrapped up. Something silly broke in a crash and he was out, handing the win to Maifield. So Ryan got 2/3 and is 5/6 for the year. Not bad, not bad at all. I told you this would happen back in the silly season post!

I’ll post about the mains and the drivers in them, and #tankgate later. Now buzz off.

2 thoughts on “Silver State – The Winners”