You know the results, you can check them here. Here’s some things that caught my eye from day 1: 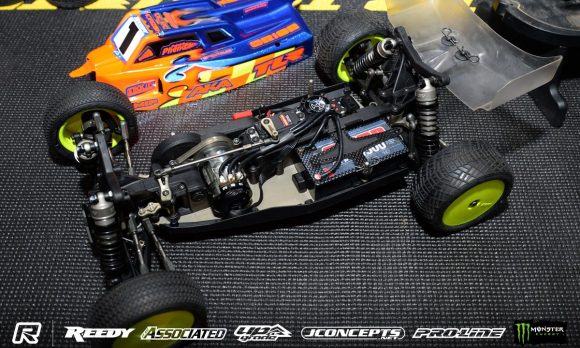 Dakotah Phend’s car looks the best at the moment, and obviously he is driving really well too. His car is the most stable and consistent, lands really well, and has great steering and rotation. It looks like it is easy to drive and he can place it wherever he wants. This was really obvious in the last main when he was racing Evans. 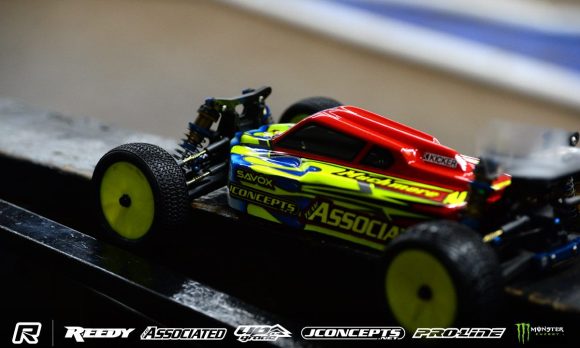 The AE B64D looks good in the hands of Cavalieri, Rivkin, Evans etc, but it’s lacking a bit of pace. To me it looks like it doesn’t have the steering or rotation that is needed, and they are having to muscle it in the corners trying to get it round. It does everything else well, but in the tighter turns it is a bit slow. This is why I expect Cavalieri and Rivkin to jump forward once 2wd gets going. 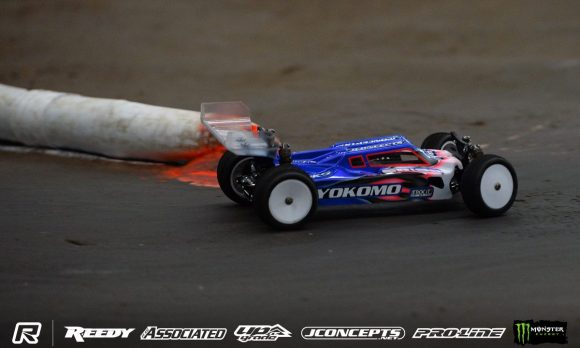 Watching Ryan Maifield is like taking an advanced course in how to drive an RC car fast. He is just so damn good. I forget which race it was, but it was quite obvious that his car wasn’t doing what he wanted it to do, and it wasn’t handling great. He just adjusted his driving, corrected the car when it started getting out of shape, and probably finished 2nd or something like that. He basically drove around the issues. To me it looks like it isn’t squaring up and going straight how he want’s it too, and will randomly drift left or right when he is trying to go over the jumps straight. 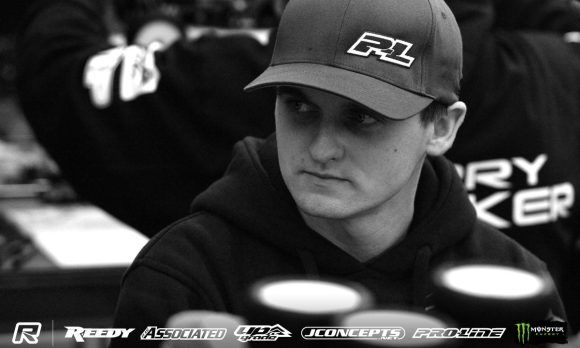 Ty Tessmann is on a mission to prove me wrong. I basically wrote that he might be “the best of the rest”, not putting him in my top 5 in my predictions. He jokingly said he almost didn’t sign for Xray, just so my prediction of that would be wrong. Well it’s nice to hear I am motivating him. I will admit he is doing better than I expected, but tomorrow we will see which way his race will head. I still stand by what I said. 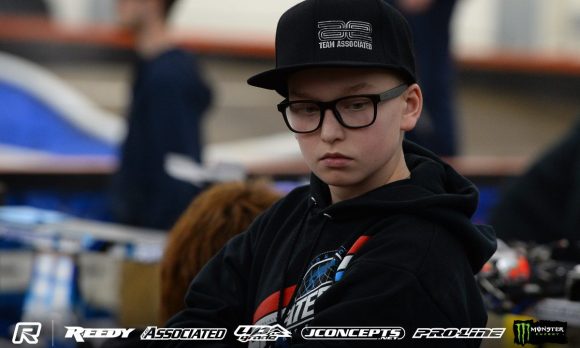 Joona Haatanen is the standout performer at this point. Great drives have given him 3-3-2-4 and has him tied with Maifield and Rivkin, sitting behind them in 7th! And to think that normally he is better in 2wd. I hope he can keep this up, what an amazing day for him! Cool calm and collected. 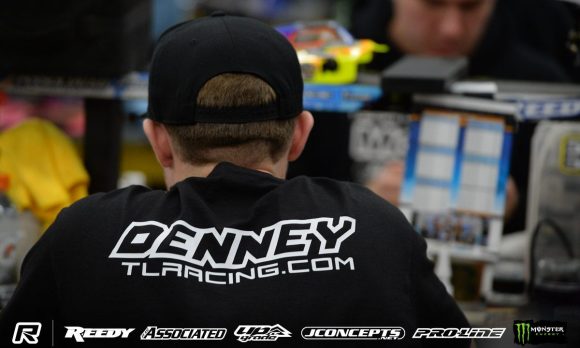 Tanner Denney is another standout performer, but due to two really good races, and two bad ones, he isn’t that high up in the rankings right now. He needs to eliminate the big mistakes, and be more consistent, and he can be right up there! 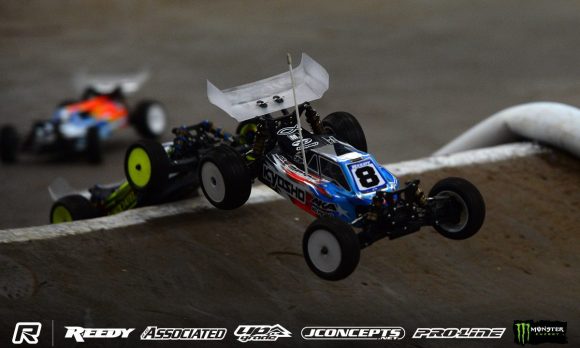 Jared Tebo is maybe my most accurate prediction at this point. Close but no cigar, he is sitting in 8th right now. Tebo left points on the table in every race I watched him in, and it wasn’t because he drove bad or made mistakes, in my opinion it was because his car made them for him. I know it’s an excuse to blame equipment, but this isn’t me talking about myself, it’s me looking at him and his car. I think his car is just on the verge of spazzing out or flipping off the track and at some point it does just that, regardless of how well he is driving. And if he is under pressure from someone, then it just becomes impossible to stay on track.

Thank you RedRC, I stole your pictures!