I’ve had some requests for this type of post race thoughts, and since we don’t have a 1/10 car, and I am one of the few in RC with the nerve to speak my mind… here goes. Maybe if the feedback doesn’t include death threats I will do more in the future. Still unsure about doing the same for 1:8th scale where people will of course claim “conflict of interest”. Let me know what you think after you read the story below: 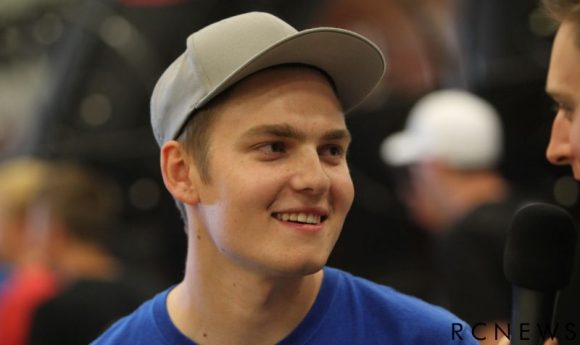 Driver: Jörn is in my opinion the best 4wd offroad driver at the moment. If he has an OK car he can win any race, if he has a great car he will win. He just needs his setup in the ballpark and he will be right there. His precision is uncanny, tight lines, perfect landings, fast bursts of throttle and complete car control. As evidence of this, just look at the 3rd main, and how he overtook both Cragg and Coelho, and then proceeded to pull away. Watching live it was different from the other mains, he knew the 3rd main would decided it, and he had to win, and he had to get to Coelho immediately, and that’s exactly what he did with aggressive, precise driving. I am sure he would be world champion had it not been for his electronic problem while leading in 2011. He still has time.

Car: Jörn drove a Serpent, but not the current one. He basically drove a new version of what we used to know as the Durango. Gerd Strenge has come up with the next evolution of the known platform, and right away Jörn is back to his winning ways. I don’t think Jörn’s car looked the best, but as I said before, he doesn’t need the best car, it just needs to be in the ballpark. He struggled a bit with the new prototype early on, but found his setup in qualifying. I only expect him to get faster as the car becomes a production version.

Driver: People seem to know him as an on road driver due to the past few years, but when I first met him he was racing 1:8th nitro offroad at the Portuguese nationals. He has raced both on and offroad for a long time. Bruno was really fast, and what struck me about him was his safe and unspectacular jumping, combined with high corner speed, flowing around the track. He has a bit of a reputation for being a hack, but I did not see any of that at this race. All I know is he is bloody fast! He did have a setback in the 1st main when his car didn’t have 3 numbers on it, and somehow the pit crew then missed the cut off for placing the car on the grid, so he started last. After a talent, luck, and Xray team mate filled first lap he was however already in 3rd so the race was on from there.

Car: Xray had most drivers in the main, with 5, and that has to say something about the car. My opinion is that it’s just an easy all round good car. It looks like it is dominating on carpet, and with minor changes very good outdoors too. When a car is balanced and easy to drive, it will be good wherever. It didn’t stand out in a “wow” way to me, just a solid performer. 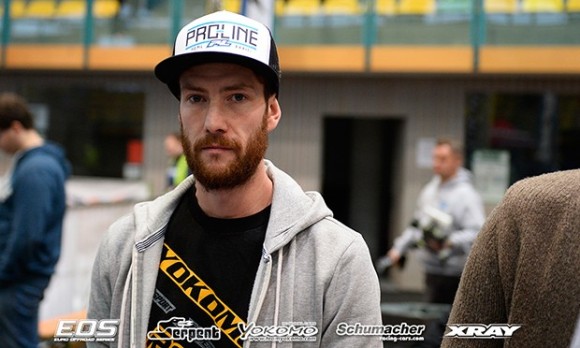 Driver: Lee is one of the smoother drivers out there, and in this instance it paid off, as drivers made mistakes pushing too hard. From 8th on the grid to 3rd is a great achievement. I’m sure he wanted more, but in my opinion this was really very good because….

Car: The car wasn’t very good. Obviously it works great on carpet, but for outdoors, it has been proved again and again, narrow cars just don’t work 99% of the time. I’m sorry for being negative but I am just telling you my opinion honestly. Kobbevik made the main in 2wd and was in the C-main in 4wd. Lee is an accomplished and experienced driver. He backed it down, and played it safe, it paid off. And if you want further proof, look at Schumacher, last years winners were in the C-main, with a new narrow car…..

Driver: Looks like the team let him down on this one. I just heard that Neil’s dad who always works on the cars was sick, so this could explain some of that. Unfortunate! Neil was on it this week, but with an outdrive snapping in warm up, a diff put in the wrong way, resulting in one missed main and another starting from the back of the grid, well 4th has to be seen as quite an achievement! Oh what could have been….

Car: People call it the dinosaur, it’s so old, but honestly I still think it’s a good car, just not on carpet apparently. On a track like the Euros track I am sure it was good. I have tried it on similar tracks and it was very good to drive, and looking at it go round I didn’t think it was a dinosaur at all. By the sounds of things AE are working on a  new 4wd to be released later this year, and I am curious to see what they come up with. 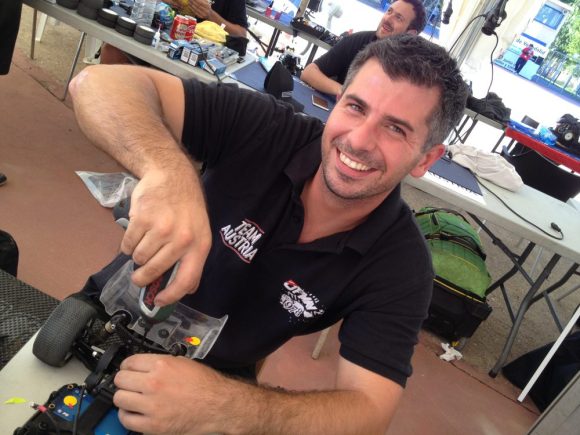 One of the more recent additions to the top 10, Martin is a bit of an enigma. Look at his car, or his pit space, and you would not think he is one of the fastest drivers in the world. Look at him on the track, and he is just balls out fast! Very impressive to be so fast in all classes he races, on road too, not to mention in virtual reality, VRC World Champion. I feel like it’s the small things holding him back at the moment, not lack of speed. Smooth out the rough edges, and he can win. I mean I swear he was holding one his cars diffs in his hand when they called for 2 minutes before opening the track for one of his runs. I think that if Martin maintains his determination and works on his overall preparation and focus, he will win something big one day.

Martin Bayer had a bit of a slump in his results the last couple of years after starting working at Xray, a dream job for sure, but one that affected his mental approach for racing. I welcomed him to my world, and reminded him that he is just aiding with the design of cars, that’s nothing :-D. Imagine running the company too. Anyway, a good performance from him which will surely help with confidence for the future, and the approaching 1:8th worlds! Starting mid pack it seemed like Martin was involved in a lot of racing incidents, but managed a decent finish anyway. 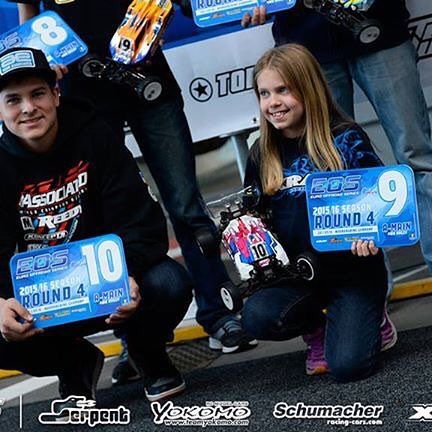 By now everyone knows about Malin, the Norwegian wizzkid. She is definitely impressive, but my question is, what happens in a few years, will she keep getting faster or will she get slower as she becomes aware of what she is doing, and will she keep at it or lose interest? But for now, just watch in amazement and try to not get beat by a little girl. Btw, now you can’t say “you drive like a little girl” meaning it as an insult anymore…

Karri had a great run in qualifying, running the same tyres all day on Friday, getting a 5:12 in all three runs, and securing a spot in the main with a 2nd and 4th place. Karri is a very fast and talented driver, but has zero race craft. If he wants to do better he needs to think about what he is doing when he is racing other cars, and be more patient. He has talent, but needs to practice more, improve on his preparation, and think when he races. Talent got him here, now he needs to work at his craft and develop his racing. Now he has made the Euros main both in 2wd and 4wd, and he is the National Champion in Touring Cars. He can have the full package if he wants it.

One of the most talented young offroad racers for sure. As a European you just can’t go to the Reedy Race and win the open class against the Americans on your first attempt if you aren’t blessed with a special kind of talent. Joona made the main “easily” in 2wd, and just scraped in in 4wd with a couple of solid runs. Joona is far from reaching his potential, and hopefully gets in a situation where he can practice more than he does right now. Making both mains at the Euros with hardly any practice prior just begs the question how well can this kid do if he gets to spend days on end at the track, and therefore develop like many of the US greats did.

Hupo is one of the older and more experienced racers in 10th scale, and still making mains. He was European Champion before Haatanen and Karlsen were even born. I have always viewed him as a steady driver, always there. I think him switching brands over the last years has hurt him a bit, so if he can stick with Xray now for a bit I think he can still get his car and driving to the level required to be on the podium. In these mains he made some big mistakes and this cost him as he rounds up the top 10. His pace was higher but things just didn’t go his way at all. He still won the most impressive race by a race leader I have ever seen. The deciding 4WD Euros A main leg in 2007 where Neil Cragg was glued to Hupo’s Tamiya’s rear gearbox for the entire 5 minutes, and he never made a mistake or left the door open. It was simply amazing. I’m sure he has at least one more such performance in him.