Today we left for the South of France. We drove through Southern Germ…Bavaria, through the model railway looking Swiss scenery, through Italy straight to the Mediterranean Sea. The view along the coast was so amazing that we just had to stop in one of the towns. We pulled off the motorway and drove down to the sea. We were hoping to sample some Italian pasta but 3pm isn’t a good time to get a bite to eat in Italy. We settled for some ice cream in a bun? Ice cream sandwich anyone? 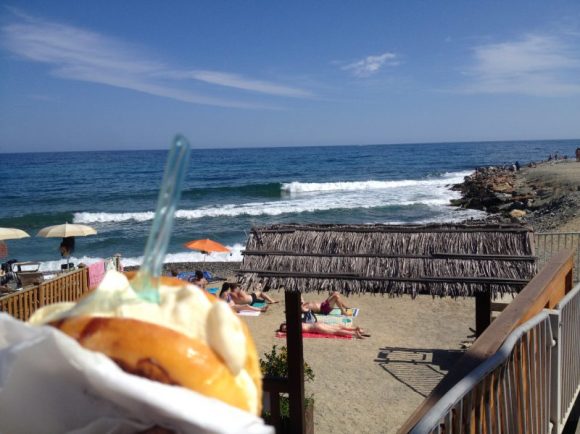 Standing on rocks that went out a way into the sea, looking back at the beaches and people on each side, the playing children in rubber boats, and the idyllic vacation style existence, it just seemed so incredible to think that on the other side of the sea, just 1000km away or so, there are people making life and death decisions.

You know, somehow I think these people aren’t going through all that shit just in order to get some fucking benefits.

People are packing into boats, fleeing war and other forms of shitty existence, and in the last two years, about 500 000 people have arrived to Europe this way. And who knows how many don’t make it. In 2015 in just one month, April, over 1300 people died or went missing trying to make it to Europe. You know, somehow I think these people aren’t going through all that shit just in order to get some fucking benefits. Get real. Would you leave your home if you heard Alaska was offering free housing and a daily free massage? I doubt it. 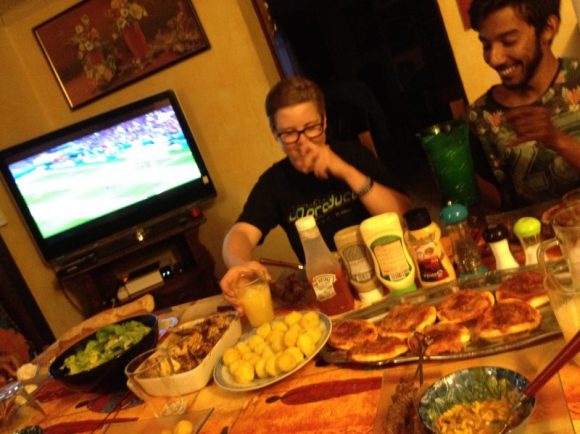 Amazing feast at the Medjoubi family! This week we prepare for the Euros together!