1 Comment
By jqproducts Other Stories, rant, Thoughts on Work

Ambition or Arrogance – There is a difference 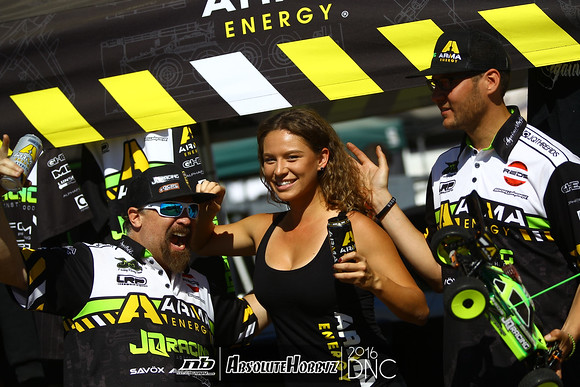 Today, for whatever reason I found myself thinking about why it is that some people are satisfied with living “normal” lives, while others can’t seem to settle, and need to push forward towards something better, or just  different, attempting to experience more. People tend to look at others who they think are more successful, and wish their lives were like that. And if the person they look at doesn’t seem to be satisfied they can’t understand why.

Let’s take my situation. If you had told me 5 years ago, that in 2016 I will be able to basically live for extended periods of time wherever in the world I wanted to, that I would have a top class competitive car for 1:8th buggy, that my team would be the best looking in the pits, and that I would have a race van all wrapped up thanks to an American Energy Drink sponsor, not just in America, but in Europe too, I would probably have lost my shit. That would be amazing. To someone from the outside looking in, it may still be amazing. A village idiot from Finland, to worldwide RC Racing team with strong junior drivers in 5 years. Now that I think about it, that’s pretty crazy! I mean this is me we are talking about here…

But to me, it doesn’t feel amazing. Maybe because I am living it and I am jaded, but to me I am just not satisfied. There are so many things that aren’t the way I want them to be, and that frustrates me. I want so much more, and I can’t have it. I just can’t settle.

Another example is the racing side. Most racers will never win a national championship, or make a main at the Euros or Worlds. Many of the racers who actually put some effort into it won’t do so either. So for the ones who do, if they don’t view being national champion as a great achievement, or making the main and finishing 7th at a major race a huge success, it’s easy for most people to look at them and think “what an arrogant twat”. But here’s the thing, yes that’s possible, they could be right, but more than likely, the reason for the lack of enthusiasm about the success is that it’s just not good enough. This person is ambitious. This person wants more, far more, and whatever he has achieved is just not enough and feels like nothing special. The goals are a lot higher.

if they don’t view being national champion as a great achievement, or making the main and finishing 7th at a major race a huge success, it’s easy for most people to look at them and think “what an arrogant twat”.

I don’t exactly know what my point is, but maybe you can find one somewhere above. 🙂

One thought on “Ambition or Arrogance – There is a difference”